Yocan Falcon Mini Neon Glow Vaporizer Pen will give you a colorful sight experience. This neon glow vape pen is better than you think.

Yocan Falcon Mini by Yocan has three temperatures settings, I’ve been using it on the lowest setting. It functions very similarly to the lookah seahorse. I like the design quite a bit more, it’s much sleeker. The light-up function while actively using it is pretty neat although a little gimmicky, but I like it. So far I haven’t had any clogging issues, which I definitely would have had by now with the lookah, although to be fair my technique with using these things has also probably improved. It’s important to use it at an angle to your distillate so that it doesn’t clog the tip. It has two modes, on-demand where you hold down the button, or double click the button and it will stay heated by itself for a little while, 10-15 seconds. The flavor is pretty nice through it, I’m getting the full taste of the terpene profiles I am using currently. I noticed after a while it will auto-turn off so that you have to click it 5 times to turn it on again, it doesn’t stay on the way that like a Yocan uni pro does, which I think is a smart design choice for this particular style of product.

So far the battery life seems pretty solid, I haven’t had to charge it yet and have been using it for a couple of days. The tips are easily replaceable. There are some clogging issues but so far nothing that doesn’t clear up after holding the button down for a second. 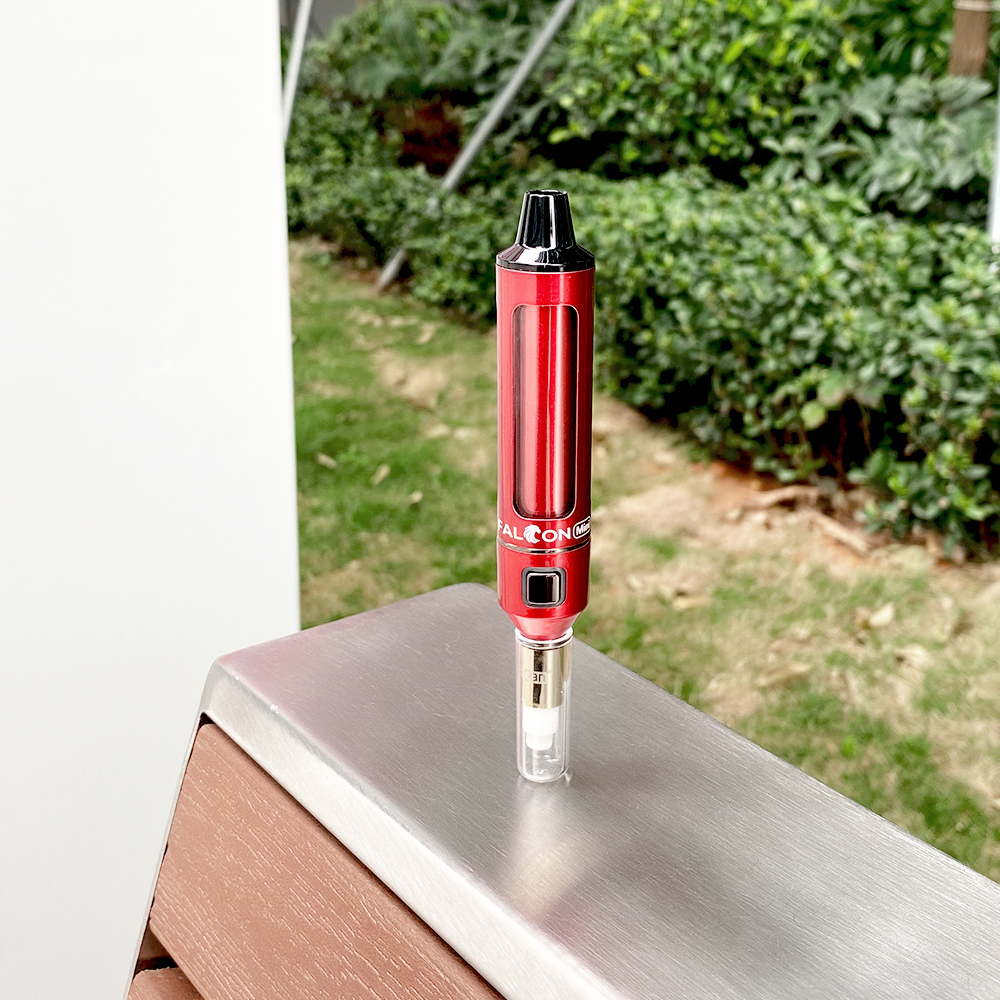